Ulster and Brexit, a return of Britain's violent history...

Ulster and Brexit, a return of Britain's violent history... 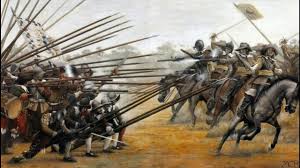 In setting out his case for a "liberal" Brexit last week, Boris Johnson made no reference to Northern Ireland and whether a hard border on the island of Ireland can be avoided if the UK leaves the EU single market and customs union. He also failed to mention the issue in his long Daily Telegraph Brexit essay last year. In the last few days, leading Brexiteers Hannan and Owen Paterson have gone further, questioning the importance of the Good Friday Agreement and supporting calls for a return to direct rule of Northern Ireland from Westminster.

These are perhaps cases of what the historian of political thought Richard Bourke has called "Ulsterisation" in British history: the willingness of the British state to sacrifice its colonial acquisitions to the maintenance of political or constitutional stability at the Westminster core.

In the contemporary instance, the Eurosceptic sacrifice of the Good Friday Agreement is deemed necessary for the completion of a total break with the institutions of the EU, despite the threat that poses to the peace and economic prosperity of Northern Ireland. It may be one in which the Democratic Unionist Party is eventually complicit.

For unionists, direct rule could forestall a regulatory carve out of Northern Ireland from the rest of the United Kingdom. As Bourke points out, colonial unionism was "continually exposed to the possibility of extreme reversals", since the imperial centre always stood ready to cut its losses. In the Home Rule crises of the late nineteenth and early twentieth centuries, the bottom line for imperial unionists was full Irish autonomy, since it was preferable to a federated union that would compromise the integrity of Westminster sovereignty. It is conceivable that today's heirs to the imperial unionist position prefer direct rule and an end to power sharing over any compromise on a Hard Brexit. The logic is impeccably Powellite.

Bourke's treatment of Ulsterisation came in a long essay on the work of the celebrated historian J.G.A. Pocock, and in particular, the latter's immensely influential plea for a "new subject" of British history, made in a lecture in 1973, when the UK joined the European Economic Community. Pocock saw this as the final act of a polity that had steadily retreated from empire; it necessitated a new understanding of the United Kingdom and its settler colonies as an "Atlantic Archipelago" and Greater Britons as oceanic peoples sharing a geographically dispersed political allegiance and participating in a sovereignty which had now been surrendered.

In a later article, written when debates on the Maastricht Treaty were convulsing the Conservative Party, Pocock traced the historical centrality of sovereignty in Westminster politics to the English experience of civil war: "The experience of civil war was peculiarly felt by the English, and they were entitled to regard it as unique in their history and their history as unique because of it. The further, and less justifiable, consequence was that they solved their own problems by imposing solutions on the neighbour kingdoms and came to regard Scotland, Ireland and their histories - which they did not trouble to learn - as a set of exterior causes disturbing the continuity of the history of England, and this of course they still do." "What is clear", Pocock argued, is "that the sovereignty of king-in-parliament, devised in England for English purposes, has remained the key to "British history" with a completeness that renders the latter's existence contestable."

Pocock's arguments help explain the provenance of contemporary English Conservative arguments on Northern Ireland (and it should be remembered that Pocock himself is Eurosceptic, believing the EU represents the abnegation of political agency to the global operation of the market). Coincidentally, they also cast light on the (deserved) popularity of the stunning exhibition at the Royal Academy, Charles I: King and Collector. This exhibition, which reunites a number of works of art that were dispersed in the Commonwealth Sale of Charles's collection after his execution in 1649, has been criticised for passing over the Civil War and the bloody divisions of the era. But this is to miss Pocock's point. The exhibition represents a symbolic restoration of the sovereign line, expressed in the majesty of the King's collection of European art reunited in London. Although conceived long before the Brexit vote, the exhibition can now be read as an intervention with historical resonance, as the Kings works are returned from Europe and sovereign unity is restored (those which remained in the Royal Collection, like Mantegna's astonishing Triumphs of Caesar, retained by Cromwell, are loaned by Her Majesty the Queen). Dismemberment and dispersal are annulled, if only temporarily.

A hard border in Northern Ireland will not be so easy to erase. The question of sovereignty and the legacy of the multiple, often violent, histories of these isles will return with force to Westminster in the months ahead.