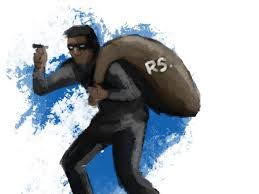 Police forces appear to be struggling to stem the tide of ‘genuine increases’ in crime. Figures published by the Office for National Statistics (ONS)

show that police-recorded crime has risen by 13% in the last 12 months with huge increases in violent crime (up by 19%), sexual offenses (up 19%) and police-recorded theft (which has escalated by 11%).

Despite the old adage that improved recording processes have resulted in rising crime in recent years, the experts responsible for collating the statistics have judged that there have indeed been ‘genuine increases’.

Calum Macleod, vice-chairman of the Police Federation of England and Wales, observed: “I can see little chance of this sorry state of affairs changing anytime soon. Every day, officers set out to protect their communities from harm, but every day their job is being made more difficult due to cuts in funding and cuts in their number, but the demand for their services isn’t dwindling. Ultimately, it’s the public that suffers. It’s the public’s safety that’s compromised.”

According to the Police Federation, the “dangerous reality of policing” is “plain to see” with violent crime continuing to rise, including knife crime climbing at a startling rate and exhibiting a 26% increase in offences across the last 12 months (with 36,998 offences compared to 29,476 the previous year). Offences involving a firearm also spiked by a substantial 27% (6,696 offences compared to 5,269).

Macleod added: “We know from our own research that officers suffer significantly at the hands of volatile and dangerous individuals, but these figures paint a disturbing picture of the reality they face when responding to calls for help. That’s precisely why we’re pushing for greater protection for officers through our Protect The Protectors campaign and bidding to improve access to protective equipment like body-worn video and Taser.”

Measures announced by the Home Office to assist in tackling violent crime have been welcomed by the Police Federation, but at the same time the organisation has made it abundantly clear that any measures to assist police that depend on additional checks, training, resources or commitment in terms of police time need Government support if they’re to be achieved. Otherwise, it will be “little more than a paper exercise”.

More worrying, perhaps, is the rise in crime (namely police recorded theft which increased by 11% overall) that has previously been on a steep downward curve. This includes a 6% rise in burglary, a 17% escalation in vehicle-related crime and an 11% rise in theft from the person.

“The Government needs to wake up to what’s happening right in front of its eyes,” concluded Macleod. “Forces are trying to play their part in meeting demand, but it cannot be one-way traffic. More needs to be done to support them to achieve their goals.”

Chief Constable Bill Skelly, the National Police Chiefs’ Council’s Lead for Crime Recording and Statistics, commented: “The ONS figures show a 13% rise in police-recorded crime and a worrying double-digit increase in violent crimes. I want to reassure people reading this news that the police service continues to do all it can to reduce harm in our communities. Police forces faced with significant rises in knife crime, firearms offences and the linked homicides are doing their utmost to halt the supply of weapons and stop, search and arrest those who hold them, but we also have to address the reasons why people turn to violence, and in particular why some young people feel that carrying a knife will keep them safer, when it actually puts them at greater risk of being injured or killed. Policing is part of that effort, working with the communities affected, Government and organisations and making good and effective use of the right expertise.”

Skelly concluded: “Policing is now facing a serious challenge, with rising crime that’s more complex in nature, an unprecedented terror threat, real term funding cuts to forces and the number of officers at 1985 levels. We continue to engage in dialogue with the Government about these issues.”

John Flatley, crime statistics and analysis specialist at the ONS, commented: “The latest figures suggest that the police are dealing with a growing volume of crime. While improvements made by police forces in recording crime are still a factor in the increase, we judge that there have been genuine increases in crime, and particularly so in some of the low incidence, but more harmful categories.”

Flatley continued: “Police figures cannot provide a good measure of all crime in society, since we know that a large volume of it never comes to their attention. The recent increases in recorded crime need to be seen in the context of the overall decline in crime indicated by the Crime Survey for England and Wales.”

In conclusion, Flatley outlined: “The Crime Survey for England and Wales remains our best guide to long-term trends for crime as experienced by the population in general.”