Knife Crime: Why It Cannot Be Allowed to Define a Generation

Knife Crime: Why It Cannot Be Allowed to Define a Generation 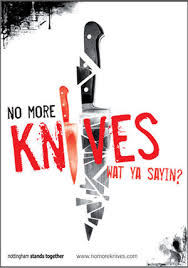 In the week that Home Secretary Sajid Javid announced new Government measures designed to help tackle knife crime, John Apter discusses why it will take more than a hashtag and “re-versioned ASBOs” to solve the problem.

I have seen first-hand the devastating effect that knife crime can have. The damage one small blade can do is infinite. A single incident – often lasting just seconds – can end one life and, at the same time, damage others irreparably.

Believe me there’s nothing that I, my members and the public want more than an end to this terrible epidemic currently sweeping up our youngsters and blighting our communities.

I can see from the Home Secretary’s announcement that he’s trying to make a difference. I cannot fault his aims, but re-hashed ASBOs and a catchy hashtag are just tinkering around the edges of the problem.

These new proposals also target retailers who sell knives to children but, let’s be honest, the main issue here isn’t the supply of the weapons. Knives are present in the kitchen of every home in the country and readily and easily accessible to those who feel they need to carry them.

Yesterday, I listened to an interview with two mothers who had lost their sons as a result of knife crime. As a police officer and a father myself, my heart broke for them. Hearing how their lives have been devastated by this insidious culture makes me even more certain that, in order to solve this problem, we need to tackle it right now and head on.

The police isn’t the only answer here, though. There’s no panacea. This is a serious and complex issue and solving it will take time. I agree with the Home Secretary that we need an holistic public health approach, but the police service has to be at the heart of it.

This isn’t about criminalising children. It’s about intervention, help, support and, yes, deterrence. In many communities, youngsters only see police officers in ‘emergency’ situations when those officers are dealing with the aftermath of often violent criminality and searching for/stopping suspects. Police officers can become resented and feared. They may be seen as unapproachable or even the enemy.

I also have some serious concerns about how the proposed Knife Crime Prevention Orders will work in practice. For them to be granted in the first place, files will need to be prepared and presented to court, duly heaping the burden of more paperwork on to the shoulders of detective teams already struggling to cope.

When granted, who is going to enforce the new Knife Crime Prevention Orders? We’ve lost almost 22,000 police officers since 2010, with 80% of them being taken from the front line. Gone are the local teams who gathered intelligence about those carrying weapons. Gone are the liaison officers who worked with communities to help divert those youngsters at risk of being drawn into this world and also gone are the proactive squads which actively target those who carry knives.

At a time when we as a service are struggling to answer 999 calls, where are we going to find the resources to monitor social media accounts or conduct home visits at 10.00 pm to make sure people are where they should be? These are our children we’re talking about.

Knife crime simply cannot be allowed to become the issue that defines a generation.

The Government has a responsibility to protect its citizens. Our children desperately need protection, but not in the form of a knife or a blade. Rather, they need our country’s leaders to step up and make a real difference. The Government needs to invest in young people’s futures. Social care, youth services, education, community support, the health system and the police service – all have been decimated by the cuts.

Going forward, I promise to work with ministers to help make a difference. I want to assist in preventing more lives being lost and more families being torn apart, but we need more than what has been offered by Westminster if we’re going to make a real difference. Much more, in fact.

What’s more important – balanced spreadsheets or the lives of our children?

For me it isn’t a choice, it’s a duty. I urge those in whose gift it rests to act now and end the criminal waste of life.