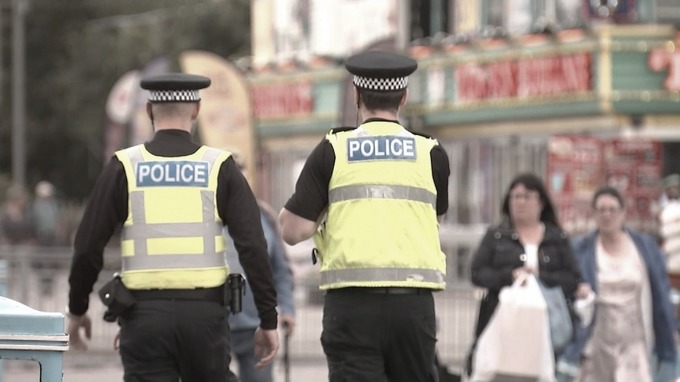 "Funding for police forces is down by nearly a fifth since 2010-2011, while there are nearly a fifth fewer officers and staff currently on the books. Inevitably there are consequences and forces are under increasing strain. Police forces cannot do everything and are prioritising their work by cutting back in some areas, such as neighbourhood policing, meaning fewer officers on the street. As a result, public confidence in the police is declining and officers’ personal resilience is under pressure with this reduction in visibility."

In its latest report entitled ‘Financial Stability of Police Forces in England and Wales’, the Public Affairs Committee suggests that police forces are feeling the pressure of ‘cost shunting’. Violent crime and sexual offences have increased and forces are dealing with more incidents which are not crime-related, at the same time as having to cope with fewer front line staff. Cuts to other areas of public spending, such as health, are being passed on to policing.

Policing by consent relies on public confidence and, according to the Committee, this is being severely dented. Despite the pressures facing forces, it’s “disappointing” that the Budget did not address the financial sustainability of police forces, particularly so in relation to neighbourhood policing which has borne the brunt of the cuts.

At a time when funding is tight, the Home Office must make tough choices about its priorities for policing. The Committee states: “It is not showing strategic leadership of the policing system and has acted too slowly in response to known financial sustainability problems. It does not have a national picture of demand for police services and so has a limited understanding of what resources forces need.”

The Committee continued: “The Department’s formula for distributing funds has long been acknowledged as unfit for purpose, as this Committee reported in 2015, but has still not been updated.”

In the absence of a proper formula, central Government funding to local forces has been subject to “crude cuts” across the board, which “do nothing” to take account of the complexities of local circumstances. Local taxpayers are paying more to fund police services, compensating for the 30% central Government cuts, while at the same time seeing less local policing. “We last looked at the sustainability of police forces in 2015 and it is depressing that the Government still has a poor understanding of the on the ground reality of its funding regime.”

Public Accounts Committee chair Meg Hillier MP commented: “The ‘thin blue line’ is wearing thinner with potentially dire consequences for public safety. Public confidence and trust that the police will respond is breaking down. Funding reductions of nearly a fifth have placed severe strain on police forces, which have in turn been forced to cut back. The results are stark. The Police and Crime Commissioner for Merseyside told us that the impact of austerity had been immense, causing the loss of force-wide resources such as robbery and street crime squads. In Devon and Cornwall, neighbourhood policing has been hit to the extent that the Police and Crime Commissioner believes ‘our communities do not feel safe’. Michael Barton, the chief constable of Durham, told us the public feels let down. Last week, Sara Thornton – chair of the National Police Chiefs’ Council – added her voice to those concerned about what over-stretched forces can realistically be expected to do.”

Hillier continued: “In this context, it’s not surprising that officers’ personal resilience is under pressure, too, not least from serving as ‘first responders’ as cuts to other public services continue to bite. This cannot continue. Government must show leadership and get on with the job of fixing the flaws at the heart of its approach to policing. In particular, the Home Office must improve its understanding of the real-world demands on the police and use this information to inform its bid for funding from the Treasury. When it secures that funding, it must distribute it effectively. It’s wholly unacceptable that, more than three years after accepting the police funding formula needs to change, the Home Office has no firm plans to do this. If it is to convince the police and the public that it’s serious about addressing their concerns then it should set out a plan as swiftly as possible. The messages from communities and police forces across the UK are clear. The Government must act now.”
News